What we did, what we saw 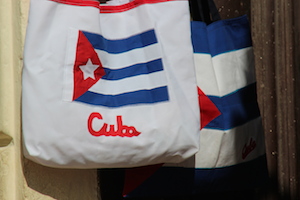 Since several people asked, here is a list of activities, events, lectures, meals, and breaks during our week. I have added a few personal items to the official itinerary, which includes the purpose of these activities, referring to interactions with locals to develop a better understanding of their culture, history, accomplishments, and challenges.

My week in Havana is detailed in a separate blog post. Our itinerary follows.

This is the official itinerary as taken from the original notes we were sent.** I opted out for several reasons including a concern about mosquitos (I was already pretty bitten up from a few days we spent in Florida before this trip) and a sensitivity to the fragrances in the bug repellant I anticipated I’d encounter. Although neither of these concerns materialized, I knew that once I got on the bus, I’d be committed to what could have been an unpleasant experience for me. I know that I missed what sounded like a lovely trip, but I think having a little time to myself really recharged me. While everyone was out on the tour, I spent the day wandering around the neighborhood by the hotel (Vedado), taking lots of pictures and talking with neighborhood people I met along the way. I hooked up with the group for dinner.

Photos from Wednesday (Note that these photos were taken on my walk around Vedado and do not reflect the activities listed above):

Saturday was our departure and return to Tampa. My roommate and I had booked a room at the Tampa Marriott and were glad that we did. After lunch in the airport with a couple of people from the tour, Jo Ann and I went up to our room and both fell asleep. We woke up for dinner and then went back to bed. We spent Sunday having a big breakfast and just hanging out at the pool until our 7 pm flight back to Albuquerque. It took me almost a full week to recover from all of this activity during which time, I worked on the photos linked from this blog.

Read my blog and observations and highlights from the trip: A Week in Havana.

*I have taken pictures of kids (infants to mid-20s) all over the world. These and other photos (some from friends and some clip art from before I had built up my collection) run as a slide show before my presentation and during the breaks. The show now includes pictures of kids from more than 50 countries, Cuba now included.

**If the actual itinerary was different, please let me know and I’ll bring this list up to date. Thanks.

This website is an ongoing labor of love. Your support will help offset the cost of continual training, technical assistance, and translators, allowing me to continue to maintain the site, add helpful and inspiring new content, and keep the site ad-free. Donate here…