What kids are really learning 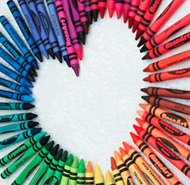 Kids get lessons in diversity all the time. Whether in our homes, in school, or out in the world, they receive message after message about how people are the same or different. A great deal of the information they receive will be out of our control and sadly, some of what children see and hear— from friends, strangers, in school, or in the media, for example— can hamper our efforts to help them grow up with respect for others regardless of race, religion, national origin, gender, body size, sexual orientation, disability, or any other characteristic or aspect of our history or heritage that would divide us.

But there is good news in some research by Fletcher Blanchard (whose work I first encountered about a decade ago in an article by Daniel Goleman) which affirmed that strongly expressed anti-racist opinions led the people who heard these opinions to develop similar reactions. “When a few very vocal people express dismay at these acts, others are encouraged to do likewise,” Goleman reports. I take great comfort in Fletcher’s conclusion which, according to Goleman, states that “setting a tone that condemns acts of bias and hatred will, in fact, discourage them.” (1) Further, author Lynn Duvall, noted that studies show that “prejudice that comes from ignorance and stereotyping is the easiest to change.” (2)

So let’s look at some of the ways we can provide that kind of tone, one that will influence kids’ beliefs in positive, more inclusive directions. Although a complex issue, I’d like to suggest three things we can do to go beyond simply tolerating differences, instead building acceptance, support, admiration, appreciation, and nurturance for them. (3)

Children are not born prejudiced. They have to learn hate and intolerance, and some of the most powerful lessons they receive come from the adults in their lives. Actively expressing or demonstrating fear, disgust, or distaste for an individual or group based on superficial characteristics will send a strong message kids are not likely to miss— or forget. Even seemingly innocent, non-hateful comments they hear will shape beliefs about who is smart, strong, capable, or trustworthy, characteristics that are not likely to apply to every person in any group based on race, ethnicity, or class. 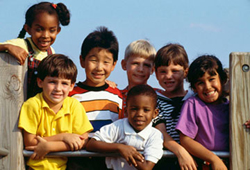 Psychology and women’s studies professor Diane Maluso writes, “Parents play an important role in prejudice acquisition. The relationship between parents’ and children’s attitudes toward members of outgroups is consistent. Not only do parents teach prejudice directly through reinforcement but children often learn their parents’ prejudiced attitudes by simply observing their parents talking about and interacting with people from other groups.” (4) Teachers’ behavior is also on display, not only in the way they respond to discriminatory acts they witness, but also in the beliefs they express, consciously or unconsciously.

So regardless of the role you play in children’s lives, know that your attitudes are visible, being absorbed by the young people over whom you may have far more influence than you realize. In an article for parents, D’Arcy Lyness suggests noticing your own attitudes. “Parents who want to help their kids value diversity can be sensitive to cultural stereotypes they may have learned and make an effort to correct them. Demonstrate an attitude of respect for others.” (5) I think that goes for all of us. Let’s start by noticing the beliefs expressed in the language and behaviors of the adults children will encounter and in our own attitudes toward certain groups of people. Many of these were learned when we were young by the adults in our lives, and are unlikely to change without deliberate attention and an intention to do so.

Kids also learn a great deal from seeing how we respond when we encounter instances of bias. Do we laugh along with ethnic jokes, fat jokes, blond jokes? Do we tolerate expressions of hate and prejudice when we hear others express them? Do we advocate for respect when we witness or overhear kids expressing bias, excluding certain peers, or being mean to one another? 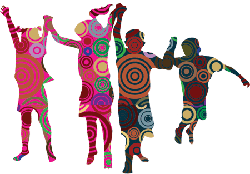 Schools have come under a good bit of scrutiny in this regard, with research and anecdotal reports describing not only a hesitancy for many teachers to intervene acts of meanness and discrimination, but in some cases actually contributing to the problem, dismissing or laughing along with derogatory comments or making them themselves. Many of the individuals I have interviewed over the years describe incidents in which they were harassed or attacked when they were children, claiming that the adults were either unaware of what was going on, made excuses for the abuser, ignored or accepted what was going on, or denied that there was a problem. All of these non-responses are enabling behaviors that not only allow the abuse to continue, but appears to give kids permission to hurt one another. (6)

Intervention may be as uncomplicated as noticing and speaking up. I remember working with a group of kids at a day treatment center. Many of these young people were fresh out of rehab, detention homes, or jail. Discussions could get quite interesting and the language rather colorful. Now to be honest, I never had a problem with any of the words they used except for what I used to call mean words, discriminatory words that most commonly attacked someone’s race, accent, body size, sexual orientation, or ethnicity. Confrontation wasn’t the best approach to this issue, nor was attempting to punish kids who felt they had little else to lose. What seemed to work best were simple requests like, “I don’t like that word. Let’s not use it here.” Although at first they generally had a hard time seeing the difference between, say, a racial slur, and the usual four-letter expletives, I think that any time we can model asking for what we want— especially if we can do it without attacking, judging, or making them wrong— we create a reality in which certain behaviors and attitudes really aren’t okay, challenging a previously unchallenged reality and perhaps opening a door for change.

Author Patti DeRosa strongly recommends that we protest discriminatory attitudes and behavior. “Ignoring the issues will not make them go away and silence can send the message that you are in agreement with such attitudes and behaviors.” She also invites adults to become aware of their own attitudes, as well as their hesitancies to intervene. (7) This can be scary territory and yes, there are risks involved. But consider this quote from Elie Wiesel, political activist and Holocaust survivor, from his Nobel Prize acceptance speech: “I swore never to be silent whenever and wherever human beings endure suffering and humiliation. We must always take sides. Neutrality helps the oppressor, never the victim. Silence encourages the tormentor, never the tormented.” (8) 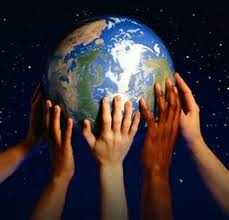 Beyond modeling and reacting, there are things we can do to actively teach kids to appreciate uniqueness and diversity. Check out some of the dozens of online articles with specific activities and suggestions. In the meantime, I’d like to feature a few that I’ve seen generate positive results.

Let’s remember that people do not develop bias or hatred in a vacuum, nor are these beliefs likely to change without intervention and support for a more caring alternative. I’m less concerned with where these values originate than I am with providing an environment based on acceptance, encouragement, success, and love. Because the research, the stories, and my own observations and personal experience have long convinced me of the power of one caring adult to make a significant difference in children’s beliefs, behaviors, and ultimately in their lives.

One of my favorite quotes by Dr. Martin Luther King advises, “Darkness cannot drive out darkness. Only light can do that. Hate cannot drive out hate. Only love can do that.” Let’s honor Dr. King and all the peacemakers of this world by paying attention, planting seeds, and building respectful, caring communities. One heart at a time.

Ways to Improve the School’s Social Culture
Are We Still Guilty of Gender Stereotyping?: A self-assesssment for teachers, childcare workers, and others
What’s Wrong with Saying “That’s So Gay”? The difference between tolerance and acceptance